...have kinda been a bit hellish. 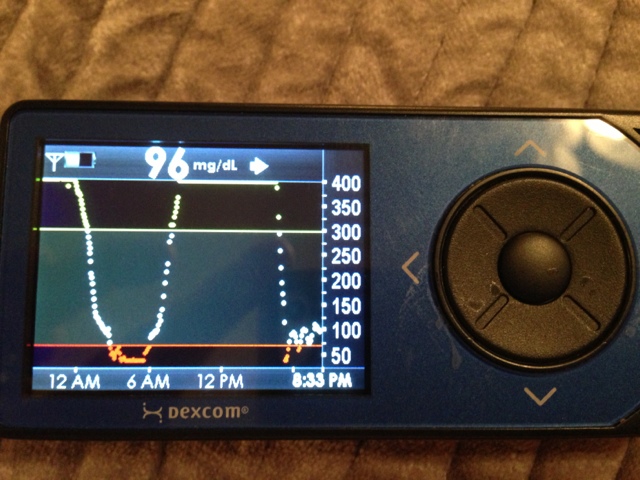 I haven't written in months, mostly because at this point diabetes takes a back seat in our lives. Sure, it's always there, but mostly in the background.

Yesterday my sweet boy turned 7 years old. Today was his big party that he invited his whole class to - a fun Star Wars party at the park, complete with a bounce house. And light sabers made out of pool noodles (courtesy of Pinterest!)

Right before Adam's party started, we tested his BG and it was 33. The lowest we have seen in years. And all he can think of is jumping in his bounce house with his friends who are arriving to his party.

We suspend insulin (I seriously just had thoughts of ripping his pod off of him) and tried to force some juice and soda down his throat. He wanted none of it, of course. It was his party! I made him sit for a few minutes until I couldn't keep him down any longer and then let him run around a bit. We rechecked and he was 65. Still not good enough to bounce in the bounce house - I convinced him to eat the frosting off of one of his cupcakes and then I let him go in.

Against my better judgement, sure, BUT IT IS HIS BIRTHDAY PARTY, DAMMIT!

I pull him out again, and he's pissed. I don't blame him one bit. He's getting super angry and refuses to eat or drink anything else. And then he starts crying and asks me if he's going to throw up. When he's super low, he gets that feeling and I could tell he was scared. I know that feeling that way is a precursor to passing out. I tested again and he was only 45.

The only thing I could think to do was a mini-glucagon dose. I wanted to save his party....and I wanted him to have a good time. He was hysterical at the thought of getting a shot, but I took him away from the party, mixed up the gluc, and gave him 7 units (one unit per year of age). He was so sad. I was so sad that I had to do that to him at his own birthday party.

But I was mad. I still am mad and pissed at diabetes for robbing my son of having a great birthday. It is not fair that he can't have a bounce house at his party and not have to worry about going low. Now that I think about it....what was I thinking getting a bouncy for him?? Ugh. I feel terrible.